Many of us live in a bubble. If you’re reading this, then terms like AR, e-sports, and wearables likely don’t sound so foreign to you. But the average person would likely be left with blank stares at the mention of such jargon.

A new idea or tech isn’t mainstream when it hits SportTechie, it’s when it hits the masses (whether that’s TV, New York Times, or your favorite team) that tech has really taken off.

It can be easy to take for granted that most people aren’t informed or aware (or care to know about) emerging tech in sports tech and digital/social in sports. Joe Schmo hasn’t tried VR, probably doesn’t know what AR stands for, and would be wide-eyed learning about all the big data and insights penetrating all facets of sports and teams.

The teams can drive the awareness and adoption. The Internet of Things, VR, AR, big data, and the like can be effectively introduced to the masses by the millions of sports fans. It’s when Joe Sports Fan starts to understand and to care that tech or an idea can from curiosity to perceived reality.

“As teams start to capitalize on [using new tech for fan engagement]…is where something can find success,” said Diamond Leung, Managing Editor of SportTechie. “When it starts getting into the Average Joe’s world view…it can be successful.” 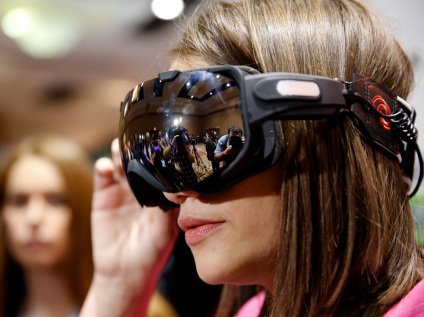 Leung went further saying that, because so few of us own virtual reality headsets, augmented reality has the better short-term outlook. Why? Because we all have smartphones already. But whether it’s AR or VR or MR or advanced statistics, or whatever, it’s ultimately up to the teams and the media to create the content through which fans will utilize such new tech to consume. Awareness of AR and VR may grow, but without the content, it’s just an idea. And it’s through an app, but mainstream distribution. For now, this means social media and television.

“When you put it on TV, that’s when it gets mainstream,” said Leung, specifically referring to the gradual integration of advanced stats into game broadcasts. I think as some of these next-level analytical stats get measured (with wearables or other trackers)…I think if you can provide that information to broadcasters and that information becomes something valuable to a fan and be looking at it through AR…

“I think that’s where it really takes off; easily accessible. Something that gives you that next-level access to what’s going on on the field – I think that works for both players and fans.”

This also means teams and media must be able to realize value, a real or perceived ROI on the investment in resources and tools to create such advanced content and present such advanced data to fans. If media and leagues and teams can’t make money off live-streaming VR or creating AR, it won’t last too long. Another key is getting buy-in from the players and teams. What if the NBAPA doesn’t want fans knowing which player on the team has the most efficient fitness and work ratio? Are players going to devote even more time to co-creating content with teams (another can of worms with individual players’ increasing awareness and building of personal brands and content) because a team wants to shoot a VR piece after they’re done with ‘traditional’ media obligations? The bureaucracy and red tape, along with the ROI needs of the businesses, may be a temporary or perilous hindrance to the further advancement in this space.

“I think, for the current technologies, a lot of [the potential issues are] going to be haggled out in how they address wearable devices, in how they address data,” said Leung. “Who owns it, who can use it, who has access to it. Everybody understands that these things are going to be a factor moving forward, it’s just a matter of how they hash it out, how they regulate, and how they embrace it, to the point where it can be useful for both parties.”

The last ten years have maybe seen more rapid change in sports and sports fandom, and society in general, than any decade in history. It’ll be tough to match. But the next ten years will see more gradual infusion of new tech. Millions of fans won’t get VR headsets overnight or welcome advanced stats into their broadcast, among other behavioral changes.

Get to know Joe Schmo. If you want to have idea for when to go all in or whether you’ve effectively moved the needle, it goes back to Joe. The path ahead is sure to be full of twists and turns, but there is no doubt that, ten years from now, the sports world will look a whole lot different than it does today.

LISTEN to my full conversation with Diamond Leung, Managing Editor of SportTechie