In 2015, there are a plethora of social media platforms to which sports teams devote time and resources. Facebook, Twitter, and Instagram remain the primary players, Snapchat is emerging, and even Tumblr seems to be making kind of a comeback. But is there a place for Pinterest and its ~ 73 million users, 85% of which are female (42% of ALL online adult females, in fact) for sports and social media?

Based on usage and observation, most teams are deciding not to put much strategy or effort into Pinterest. While many teams have an official page, there is not a lot of consistent activity and content. There are some exceptions, of course, but a relatively dormant presence was the trend. There are some teams trying, however, to reach the loyal, largely female fan base. Like much of social media, monetization is far from a linear model and, in fact, many would consider Pinterest more a branding and awareness play, than a place for direct commerce.

The first question to ask is why the majority of those millions of users visit Pinterest. They’re there to learn, to be inspired, to discover and be delighted. Not to look at head shots of the team and peruse an online catalog of all your apparel offerings. These practices end up more lip service than effective, falling on deaf ears and blind eyes. As is the case in any social network, respecting the audience and the platform to create an engaged community is an essential step one. Here’s how some teams are doing it:

Team USA has long been creative in leveraging the passion of patriotic fans and engaging them across platforms in a personalized, sentimental manner. And their recently revamped Pinterest page is a tour de force. They’re putting content on there that they know works on Pinterest – food, quotes, fitness – and presenting things in a way native to the platform.

2) They’re leveraging fan content. This speaks to Pinterest users’ desire to discover a community, feel a part of it, and to be inspired by it. It is an everyday battle for myself, among others, working in sports fan engagement to make the most of all the incredible content generated by fans. Pinterest can be a place to share and preserve these displays of fan passion and can be done so in a way that is native to the platform — inciting inspiration by seeing the passion of fellow fans!

Check out a few examples of teams (Islanders, Trailblazers, Panthers) taking advantage of those fan brand evangelists – the fangelists. 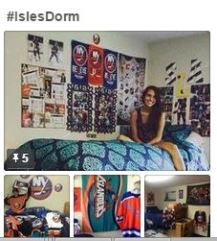 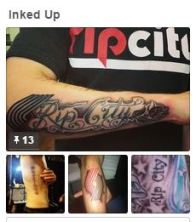 3) They’re putting content on Pinterest that is suitable for…well…Pinterest. Don’t try to out-think Pinterest, at least at first. Put the time into understanding what its users want and enjoy and serve that content to tie into your team. Whether it’s showing off the creative ways the team brand is used, the perfect team-themed wedding, or an inspirational quote from an athlete, this content can and does resonate. And, remember, real monetization opportunity comes only after a connected, trusting engaged community is in place.

4) They’re pinning with personality. Every social media outlet is a chance to connect on a deeper level with fans. This is accomplished primarily through genuine engagement on a social media network that exposes fans to the team beyond the field of play. And it further endears the team to its fans, especially the females on Pinterest, through augmenting and reinforcing that emotional connection to the team. A lot of Pinterest is showcasing what gets one inspired and stirred up. And some sports teams are using the platform creatively, to this end.

Take a look at an example from Manchester United, who have some Pinterest boards that show off Pins selected by players, lending an air of authenticity and connection that fans appreciate, especially when the Pins are proper for the Pinterest platform. 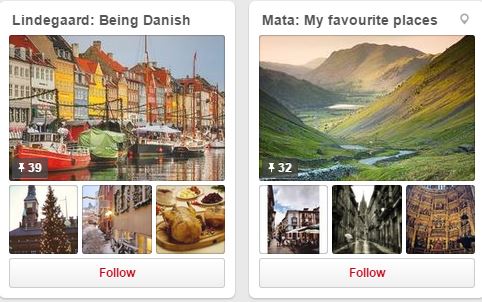 Of course, justifying any allocation of time, effort, and resources into a polished Pinterest presence typically ends up with the all-important ROI question, which must go beyond such intangibles as fan affinity and brand awareness. But once you have a consistent, active community on Pinterest (which is a never-ending task to maintain), then possibilities open up. It doesn’t mean you plaster a merch catalog on Pinterest, but, maybe, it means linking to a place/offer to buy the hat a fan is wearing at their themed wedding, partnering with a bakery on the team “cakes” Pinterest board, working a travel/hospitality partner on relevant Pins, etc.

It’s not about trying to trick fans into being exposed to your marketing and promotions. It’s about giving them the opportunity to act on those moments of inspiration and desire, the reason they come to Pinterest in the first place. Pinterest really cannot be a priority for all teams and it’s better to stay away than half-ass things. If you’re going to do it, do it right and do it well. Because it’s not about manipulating fans, it’s about forging genuine connections and, only then, helping them act upon the inspiration your brand and pins elicit. And maybe making a purchase or two.