Another week, another monumental change in social media. Instagram has brought Snapchat’s cache to Facebook’s empire as the photo sharing app introduced 24-hour “stories.” That came shortly after Snapchat introduced its “memories” feature, allowing non real-time content to be added to one’s stories.

For social media and sports managers, it’s just another new challenge in the ever-evolving world of social and sports. Most err on the side of action – start producing content, figure out what works, pay attention to peers, and listen to your fans directly (what they say) and indirectly (what they consume and engage with).

How are those in sports approaching it so far?

Some are basically treating it as a daily look at its Instagram stream, or at least some of it with others perhaps not ‘worthy’ of cracking an official IG post. Others are not treating it very much like Snapchat, with a more polished, less raw Snapchat-like feel. And still others are experimenting with more unique ways, building something of a narrative, but less day-in-the-life than we’re accustomed to seeing on Snapchat.

Check out what the Detroit Tigers are doing. The Instagram story conveys similar messaging, and even has a similar dance scene as seen in the Snap on the far right. But even that dance video is more up close, more, well, Instagram-like. If a Snapchat story is meant to feel like a fly-on-the-wall, perhaps an Instagram story is better suited to feeling like a behind-the-scenes story built just for you. 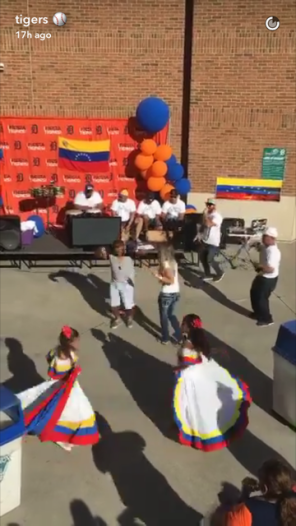 Sports Illustrated utilized Instagram’s Stories to present its top photos (very much Instagram photos) from the day. This is an easy, swipeable way for users to see a curated collection. Instead of happening upon some of SI’s work in the (now algorithim-based) feed, users can CHOOSE to tap on the SI story and check out the day’s work. It’s a not a story, per se, but a solid use of the feature for users accustomed to swiping through (all of the, but in this case the best) content of the day.

Major League Baseball had a similar ‘see what you missed today’ approach, presenting their Instagram story as a visual look at the headlines from the day. Perhaps similar to what you’d seen on Twitter, but in a story-ish, swipeable format for quick and easy consumption (and that expires automatically!).

The San Francisco Giants took a unique approach to Instagram stories, eschewing the rawness of Snapchat and the feed-based consumption of traditional Instagram to use the new feature to do something, of value, they could not do before. That is the key. This disseminates information, delivers the visual appeal for which users tap on their Instagram app, and is presented in a narrative format. This is a nice approach and will work with versatility as other stories merit. It’s not the ‘I just stuck out my phone and here is what I see’ fun of Snapchat, but something new and delightful for the user. 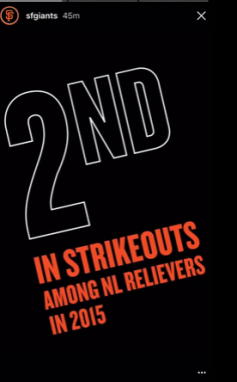 The Pittsburgh Steelers’s early foray into Instagram Stories typified an approach of many, basically reproducing a Snapchat story for Instagram. While this one is shorter than their Snapchat story (likely more because of a decision for which app to have open at the time), the product was very much the frivolity of authenticity of Snapchat. 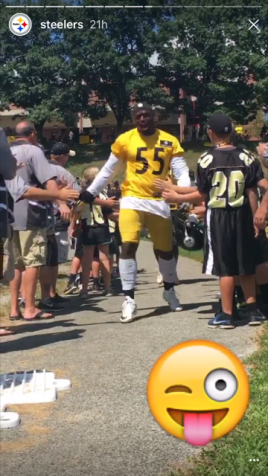 And, one last example from The King – Lebron James, that is. His Instagram story looked and felt like a Snapchat story. Not exactly thinking outside the box, but that’s the point. With Snapchat’s limited metrics, James and others may be better off spending their time on Instagram, where they know (and brands that may work with them know) the millions of followers on their accounts. 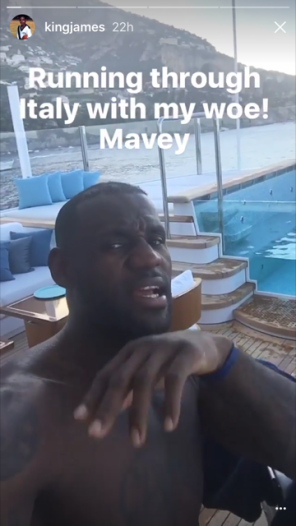 So perhaps the conundrum isn’t the complex quagmire it seems on the surface.

While we grapple over how to approach this new feature on Instagram, its CEO, Kevin Systrom, said its resemblance to Snapchat isn’t just uncanny, but intentional.

Instagram wanted a way for its users to capture and share the moments that aren’t perfectly crafted or meant to befit a brand for which they want to be known.

Experiment and explore, yes. Learn what works. But don’t overthink it; Systrom and Instagram didn’t. Use Stories to, well, tell a story and/or do something unique. A story will build the FOMO and anticipation we seek in fans. A story will keep fans swiping through til the end. And, now, that story that you wish you could share with others (non Snapchat users) to build them into the super fans with such raw, genuine content is available to a broader audience than ever before.

I look forward to seeing more creativity from the SMSports Community as Instagram Stories matures and evolves! The key principles never change. Know your audience (not your fan demos, the demos of your fans on a given platform), know how the platform is used, and share content that makes fans feel closer and a part of the team. Elicit emotion and you’ll win.