For decades to come, many Ohioans will remember exactly where they were when LeBron and the Cleveland Cavaliers ended the drought. Chances are, the Cavs’s social and digital media team will remember, too, but it likely involved a few less high-fives, shouts, and tears than the thousands of fans. They were in position, ready to capture it all for those throngs of jubilant fans all around the world.

It showed. And it paid off.

There is a routine during the regular season, most knowing their role and going through the motions, complete with guest appearances, theme nights, and the occasional exciting overtime game changing things up a bit. But championships are different.

It may be borderline blasphemous to talk about a title before the final buzzer sounds, but it’s essential for an effective social and digital media team. So when the moment arrives, team members man their battle stations and execute.

They had a team member with their mobile aimed and ready to capture the magic moment from the Cavs watch party back in Cleveland at Quicken Loans Arena, resulting in an Instagram/Facebook video that exuded emotion.

They had multiple team members on the court, each knowing for which platform they were responsible and creating the happiest Vine of all-time, while another filmed an emotion-filled King James that will give fans goosebumps even years from now. 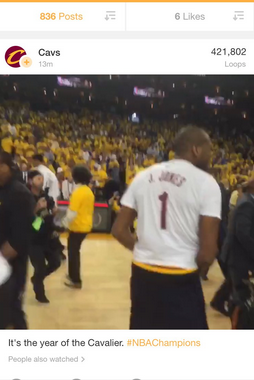 And they were in the perfect position, with the sign-off from bosses, to create a Facebook Live video from inside the locker room that was viewed nearly 5 million times in 12 hours and has since reached nearly 7 million views. First, simply being there and taking the initiative to grab that content deserves commendation. Sure, you can point to the title for such mega metrics, but it takes a plan and action to realize that potential coup of reach and engagement. Second, someone from the Cavs was there with their hand ready, Facebook app opened, and the directive, decision, and device to make it all happen. That was no accident. 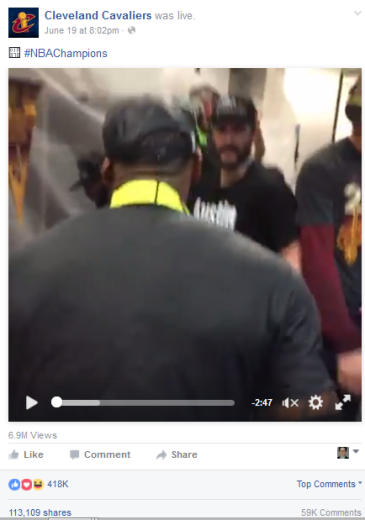 So don’t go into your next big game or season or event without a plan. Map it out, assign roles, define objectives and purpose. And when the moment arrives, man your battle stations and go to work. The fates may deal anyone a winning hand, but the those that are prepared will reap the biggest winnings. What’s your plan?