Most view Twitter as a communication channel. Far too many teams treat it like a megaphone during games, popping in with GIFs, exclamatory and boasting statements, and sometimes just single word tweets or posts – you know, for effect.

But we can aspire to do so much more.

It starts with your senses.

During a game or event, a team’s social media presence serves many roles — it can be a source of info and game updates, informative and fun GIFs, pre-prepared scoring graphics (use them, but don’t over-use them), game highlights, conversation, and “personality.” But one of the most valuable things the team can do is bring their fans…well, there.

Use your senses. (and all the social media tools!)

Look around and what do you see? “End of the third inning, score tied 3-3, as the sun creeps behind the clouds and the wave just started again.” “Fans gave a standing ovation when the homegrown star was announced.” “John Smith is addressing media and teammates are all saluting the hero of tonight’s game as they walk by.” Share photos to help.

What does it sound like at the game? “This one is officially over and the home crowd is chanting that State U should ‘Warm up the bus!'” “The call on the field stands, but the deafening sounds of boos indicates the home crowd doesn’t agree.” This is where videos  Vines, and GIFs can enhance it all.

Can you feel tension? Maybe a meme or emoji your fans know and a pic of a fan can help make it pop. Can you smell freshly cut grass? Are the seats shaking because the cheers are so loud and the crowd so raucous?

THAT is an element of social media ROI. It’s writing a beautiful story you’re telling and living along with your fans. Except, you’re the eyes and ears with access to it all. It conveys the atmosphere of the game experience — one of the primary ‘products’ the team sells. You’re stimulating senses, which arises emotions, connecting fans to the action in a more intimate, more invested manner.

What does this look like in practice? Take a look at some stellar examples I pull from teams below. Think about each gives the fans a little glimpse they may not be able to get otherwise. Sensory success.

Pay attention during the next game or with the next team you cover or follow on social media. Are you maximizing the value of the access you have that others wish they had? You should be! Open your eyes and ears and paint the picture.

While VR and AR (virtual reality and augmented reality) may be mainstream in a decade, social media, as a supplement to TV, is the best conduit fans have to really feel like they are ‘there.’ Provide that value. You have the access. 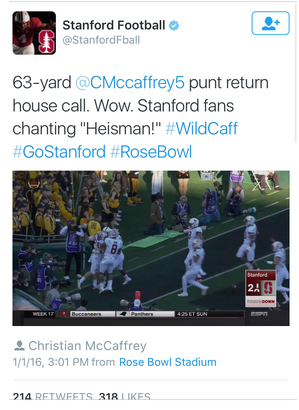 Setting the scene for fans.

What does it FEEL like to be there, in that crazy atmosphere.

Pictures and video can barely do it justice. 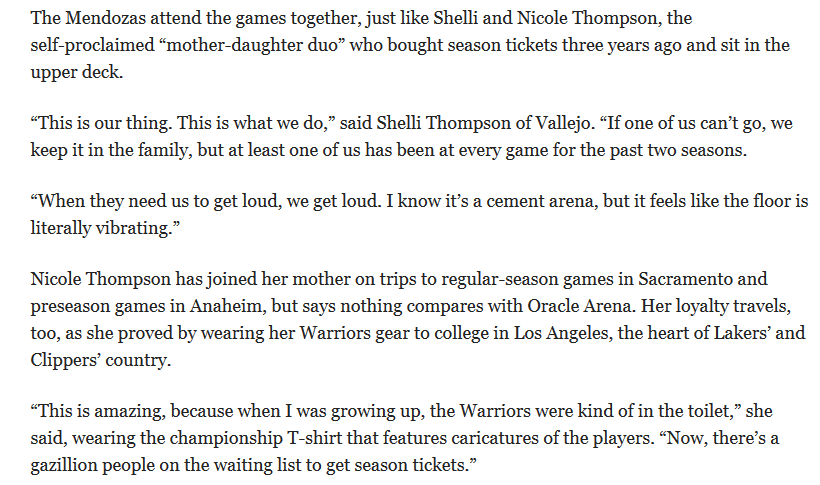 In this article about the Golden State Warriors, it shows how conveying that atmosphere can be so powerful and valuable. 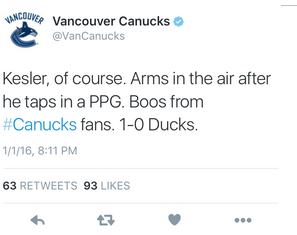 Makes fans wish they were there, part of that raucousness and emotion.

Sums it up. Make fans feel it. Convey the fun, the value of being there. It’s the most powerful marketing tool you have. Use it.