A lot of professional athletes love that social media gives them their own channel to talk to fans. Another chance to reach fans and drive their brand and awareness. But the ones that really connect with fans really get it; and get the most ROI. Those athletes are the ones creating lifelong emotional connections that come back in the form of investment in all forms between the fan and the star athlete.

When former Mr. Olympia and pro bodybuilding legend Jay Cutler realized he got more out of social media, and engaged fans more effectively, by sharing a more genuine side of himself and interacting with fans, his paradigm shifted. No longer was it all about perpetuating and replicating the Jay Cutler seen in the magazine ads and hardcore lifting videos. It was Jay Cutler, a real person, just like his fans. A megastar pro athlete that all of a sudden became relate-able to fans. Cutler detailed his epiphany recently on a podcast and an excerpt of his interview helps spell out his revelation:

What I noticed about social is…I [was able] to let people into [my] real life…you were home with my wife and my dogs. They got to see a lot more personality than just a guy going in the gym and banging weights.
I really realized that that was why my fan base grew so much…because they saw the real Jay Cutler…They think that these athletes they read about…are on a whole different spectrum of living style, but they come to realize they’re just as basic as everyone else. 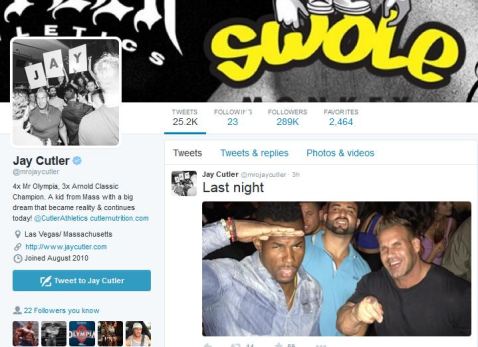 Yes, fans look up to pro athletes for inspiration and for aspiration. But it’s hard to connect when it seems like the stars don’t put their pants on one leg at a time. The ability to share the things fans don’t often see, but to which they can more readily relate, strengthens connections to an exponential degree. Just a peek into life behind the curtain can mean so much. And, as Cutler said, the two-way relationship enhances his experience with his fans, too:

I think me allowing people to come into my household and see…what really makes Jay Cutler, not only the bodybuilder, but the person, really gave people the opportunity to [relate to me]…People want to be able to relate to who their heroes are, who their role models are, who their inspirations are. And I’m able to do that…I’m going to keep letting people into my life. It helps me be better too…Fans give me the biggest drive [to compete at my best]…In the end, the influence you have on people around the world…you can’t put a number on that. 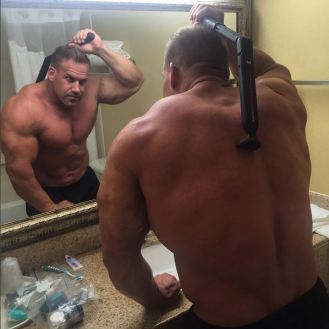 So while social media has become an integral, powerful channel to reach fans, it cannot and should not be treated like other communication channels. Fans are there to truly connect with their heroes, on a more human level not obscured by goggles of fame and professional studios and agencies. We trust, and engage most genuinely with, those with whom we can see a bit of ourselves. Or at least an aspirational version of ourselves, in the case of former athletes. Superman may be a timeless hero of many, but it’s Batman with the most ardent fans. Why? It’s about being more human and more relate-able. Let fans aspire to be like their heroes, not merely worship them as untouchable demigods. Jay Cutler may be a bodybuilding legend, but he inspires thousands of gym rats daily, who all of a sudden see they’re not so different from their mega-muscled hero.